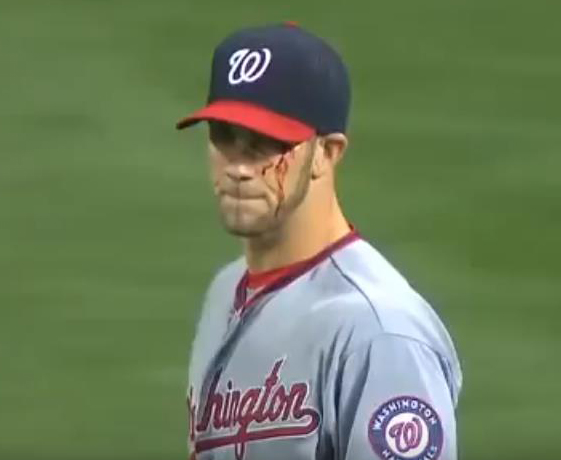 One of my earliest memories of Bryce Harper was a few weeks into his 2012 rookie season. After grounding out against my Reds, he took his bat down the tunnel from the dugout and whacked the wall with it. Well, physics took over and the bat whacked him right back. Bryce got a cut above his left eye that needed 10 stitches. I figured he was an immature, 19 year old idiot.

Turns out he was smart enough not to sign with a California baseball team. His agent Scott Boras said that Harper’s 13 year $330 million contract with the Phillies, a Pennsylvania team will save him about a year’s worth of compensation versus the same deal with a California team.

Why? Because California has the highest income tax rate in the nation, topping out at 13.3% Pennsylvania’s is a flat 3.07%.

Looks like Bryce has outgrown some of the foolishness of youth. He no longer beats up concrete walls. He also kept his eye on his take-home pay.

Where You Live Matters

You and I may not have to make a decision that would save us tens of millions of dollars, but we can save tens of thousands of dollars.

I know people who live in Florida six months and a day to establish residency in that no income tax state to avoid paying income tax in Ohio where they live the other 182 days a year.

Bryce gave himself a nice pay bump. That was pretty smart.

Check out the Los Angeles Times article Bryce Harper will save tens of millions in taxes by spurning the Dodgers and Giants for more details.

Get Up To $900 (Multiple Times) From Merrill Edge

Merrill Edge will give you up to $900 if you move your IRAs over to them. They will do the same for your non-retirement accounts as well. Notice I said

Quick Card Tip #5 – Track Your Cards With This

For those of you who play the game of getting credit cards to attain huge sign-up bonuses, here’s some help: A simple spreadsheet. Before I apply for a card, I