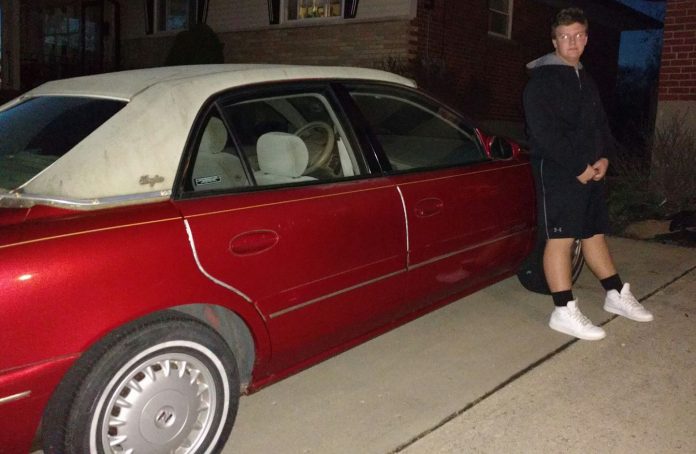 Last year when my nephew was 15½ he was itching to buy a car. I offered him a sweetheart deal on my 18 year old Infiniti. He and my sister could fly out for free (using frequent flyer miles obtained through ChipsMoneyTips card sign-up offers, of course).

We’d drive it back from Los Angeles to Cincinnati seeing the sites across the country. They wouldn’t be able to do that until school let out. Those two months were too long of a wait for a freshly-minted driver. I get it. On to Plan B.

His folks asked their mechanic to let them know if any of his customers had a car they might want to sell. A few days later the call came in. A little old lady name Bernice had a 20 year old Buick Century with 95,000 miles on it. She’d let it go for $500. Sold!

I was so proud of his decision to only spend what he’d earned washing dishes at restaurants. $500 is almost a free car. Heck, Bernice probably could have gotten about $300 from a scrapyard.

If you are looking for some transpo – consider asking your local mechanic if he knows anyone who might wanna sell. Another benefit of this is that a local mechanic has probably serviced that car for years and can give you the entire repair history of that vehicle.

You don’t have to saddle yourself with thousands of dollars of debt for a brand new car.

Insurance on a “classic” car is also much less expensive than buying newer. Even if you REALLY want a new car but don’t want to go into debt, get a cheap old beater and drive that for a year or so while you save up some cash for a newer model.

My nephew and and his aptly named chariot “Bernice” aka “Bertha” aka “Big Red” are doing fine!

“It’s Worth What It’ll Bring”

I’m reminded of that phrase as I try to sell my dining table and chairs. Back in 1999, I purchased the dining set for $1,900. But is it worth anywhere