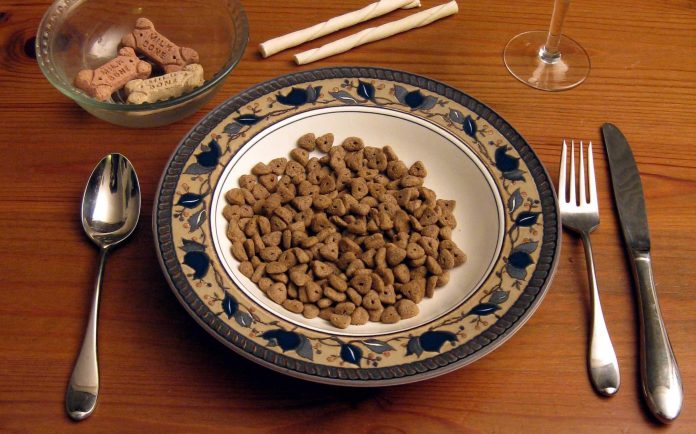 Is Future-You sleeping on a cot eating kibble?

If you figure Social Security will tide you over in your Geezer-dom, see how much you have socked away at SSA.gov.

The 2016 EBRI survey revealed that 26% of Americans have virtually nothing saved for retirement (less than $1,000 in savings and investments).  Those 26 percent-ers probably assume Social Security will cover them.  Or maybe they figure they won’t live that long, like the folks on Sugar Mountain or in Logan’s Run.

When you check out your SSA stash, keep mind that your estimated benefit is a future-dollar that will not stretch as far as today’s dollar.

For example, let’s say that in 20 years, you were going to collect $2,000 a month as an old fogey.  Not too shabby.  You may have to forego your country club membership, but that’ll cover your apartment and some biscuits and gravy to chomp on, right?  Maybe.  First,  you gotta factor in inflation.  The average annual inflation rate since 1913 is about 3%.

I say this not to bum you out, but to motivate you to squirrel away a few bucks into an individual retirement account (IRA). You could even do some now instead of waiting until next tax season.

April 15, 2019 is the last day to make a contribution to your IRA for 2018.  You can decide what you want to invest in at a later date.  The important thing is to get that ball rolling, open an account and put some money in your IRA.

Here’s a good explanation of Inflation:

Where to Find The Best Savings Rates

If you are looking for the best places to stash your extra cash, check out DepositAccounts.com. Before I renew a CD or wanna go rate shopping for a savings account

I make hundreds a year doing this. It's an EASY way to maximize my 5% cash back cards for extra tax-free cash! It's also a handy way to meet a spending