A couple friends of mine are very committed to conserving utilities. We joke that in the eyes of the Los Angeles Department of Water & Power, they live on a vacant lot with a leak.

I was truly shocked to see how low their bill is. In the dead of summer, they spent 82 cents/day on electricity and 17 cents/day on water.  No solar panels, no windmills – just plain old conservation.

They averaged 5 kilowatts of electricity per day. The guys on Apollo 13 didn’t squeeze the electricity this hard.  How do they achieve this?  They run a power cord from the back of their neighbor’s garage to their house.  Buuuuuut seriously…

They use so little water that they did not qualify for the LADWP residential grass removal rebate program – which pays you to get rid of your lawn!

I have seen them typing on their computers in winter with fingertips cut out of gloves like street urchins. Oh I chuckle, but these guttersnipes laugh all the way to the bank.  No word if they have ever heated up a big rock and put it in their bed like Pa did for Laura Ingalls.

Check out their most recent bill from mid-July thru mid-September when it was really hot in LA.  Over half of their bill is the fixed Solid Waste Charge for trash and recycling bins! 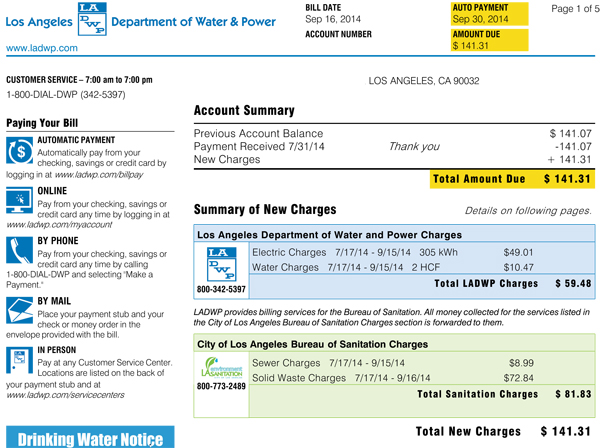 They own a 1,371 square foot home with no air conditioning. It gets hot there, no two ways about it.  On one occasion, they pitched a tent and slept outside.  Sometimes they go to the library to work their freelance jobs in the cool air.  They told me the thousands of dollars a year that they save on utilities translates into less stress about money and more leisure time.

They suggested, “Just make one change in your own lifestyle and see how it goes.”

Here is how they do it:

They use those compact fluorescent spirally light bulbs, and turn the lights off when they leave the room.

Their electronics are minimal. They have two computers and two iPhones running.  No clock radios, entertainment systems or lava lamps.  They also have two iPads charged and ready to go.  No TV – they watch television shows on the computer.  Other than a toaster oven and a coffee grinder, that’s about it. 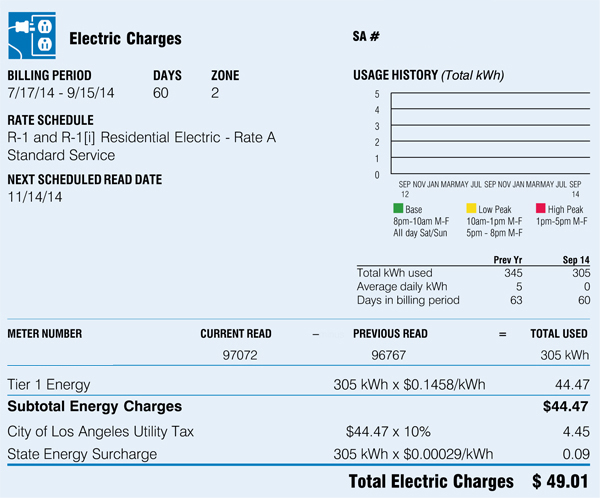 The LADWP bill does not include natural gas. As for gas, they don’t use their dryer.  They hang dry their clothes.  They have a gas stove in the kitchen and a gas heater in their bedroom.  On very cold days, they use an electric radiator heater wherever they are.  Mostly they bundle up.

They are extremely water-wise. As you have guessed by now, they don’t water the lawn.  They have benefitted from being at the bottom of a hill.  Water seeks its own level.  Recently, thanks to year three of a drought, their lawn has gotten crunchy in spots.

They look for ways that water can have two uses before going down the drain.

They shower once every 2-3 days. Quick showers.  Under 5 minutes.  No lingering.  They catch the cold shower water that is in the pipeline before the hot water comes, and use that to flush the toilet.  In case you didn’t know, you can just pour water in the bowl and it will flush.

They do two loads of clothes in the washing machine about every three weeks.

They have no dishwasher, other than themselves. They are pretty smart about how they do this daily ritual.  They put a square tub in one side of sink which is filled with water.   Dirty dishes go in there to soak.  When it is time to clean the dishes, they pull them out of the tub, soap them up, and then stack them on the counter.  Next, they pour that tub of dirty water down the drain because has detergent in it.  They scrub out that tub, and then rinse the soapy dishes from the counter into that tub.  That soapy water becomes the soaking water for next batch.

There is another tub in the other half of the kitchen sink. That catches grey water (non-detergent grey water) from rinsing off vegetables or one’s hands.  They pour that out into the garden to non-fruit bearing trees.

I love my air conditioning and lawn, but this kind of savings makes me wonder how much I love it.  There may be something to this dirty hippie thing after all. 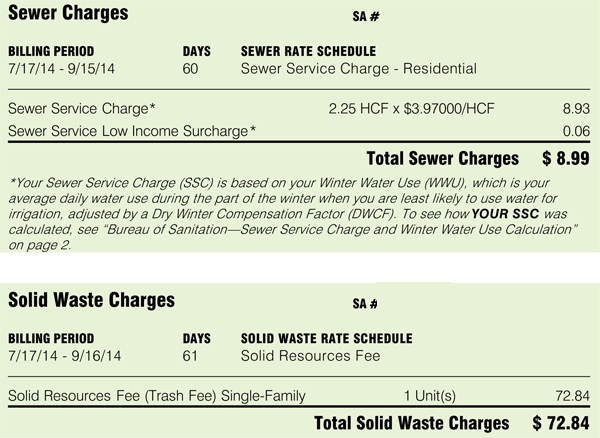 Should You Take Early Retirement?

Please Click here to Tweet this post (I hope). Have you seen the Geico ad in which Kenny Rogers is playing poker while singing “You Gotta Know When To Hold ‘em”?  Mi