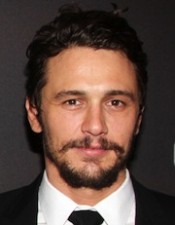 Have we learned nothing from VH-1’s Behind The Music?

It seemed that virtually every band on that show was swindled by their business manager.  When you aren’t watching your money it can disappear.

In actor James Franco’s case, his talent manager Miles Levy allegedly charged a slew of his own personal expenses on Franco’s credit card – without Franco’s permission.  But that is just the appetizer for this story.

According to the complaint, Levy told his management partners James and Jacobson back in 2006 that Franco only wanted to pay a commission of 10%.  The thing is, Franco said no such thing.

Then Levy and Blatt formed the corporation “Down Goes Frazier, Inc.” to divert 5% of Franco’s 15% commission.  When Blatt got a check for Franco, he would send 10% to James Levy Management and 5% to Down Goes Frazier.

The icing on the cake is that Jacobson, one of the partners in James Levy Management, also used Blatt as his financial manager.  So some of the 5% Blatt was putting in Down Goes Frazier should have been going in Jacobson’s wallet.

What a hot mess.

The complaint says the jig was up in December 2013 when Franco found out that Blatt had been using Franco’s money to pay off the personal charges Levy ran up on Franco’s credit card.  That is when Franco found out about Down Goes Frazier, Inc.  Levy tried to secretly negotiate repayment of his credit card charges not from his own pocket, but from future commissions.  Levy tried to keep this agreement from his partners at James Levy Management.

I never thought I’d be interested in reading a legal complaint, but it is pretty entertaining.  Check out the story here.

This is not an isolated incident.  Check out this story from last week’s New York Daily News “Los Angeles talent agent who stole $500G by stiffing 3 actors dodges prison”

The takeaway: You have to trust but verify.  Whether you handle your finances or pay someone to do it, look at your financial statements to see if everything is kosher.

Are you looking for some extra cash?  Wanna set your own hours?  Are you an excellent driver?  If so, this could be for you, Rain Man. Uber is looking for uberX

Birth Of A Salesman

My 7 year old Godson may be the next Ron Popeil... or Willy Loman.  A few months back, he told his dad that he wanted to sell something on eBay.