Some people use my tips on ways to get free cash to help pay the rent.  Others use them to bankroll something crazy.  I splurged on something ridiculous – an entry into the World Series of Poker in Las Vegas.  Even better, I cashed!

Playing in the WSOP was not complete folly.  I had been playing in competitive home games for years against players who had cashed in the WSOP – including Main Event Champion Jamie Gold whom I interviewed on my PodCASHt.

I did not play in the Main Event – which crowns a new champ tonight on ESPN.  The $10,000 buy-in price tag was a bit steep.  I did play with ESPN’s Main Event play-by-play announcer Lon McEachern.  He sat down at my table and I was able to lose a hand to him.

It was tough for me to pull the trigger to enter the WSOP.  I don’t like to just throw things away – especially money.  Heck, it was only about six weeks ago that I joined the 21st century and bought a Hi-Def TV!  I’ve had two cars in 26 years.  I’m currently wearing a shirt that I bought in December 1999 at The GAP in Erie, Pennsylvania.  I was working a weekend there at JR’s Last Laugh.  I needed the button-down because my luggage never left Los Angeles.  On a side note, this shirt is a freak.  It looks the same as when I bought it.  There must be a portrait of itself in a GAP storage attic somewhere.  I digress… 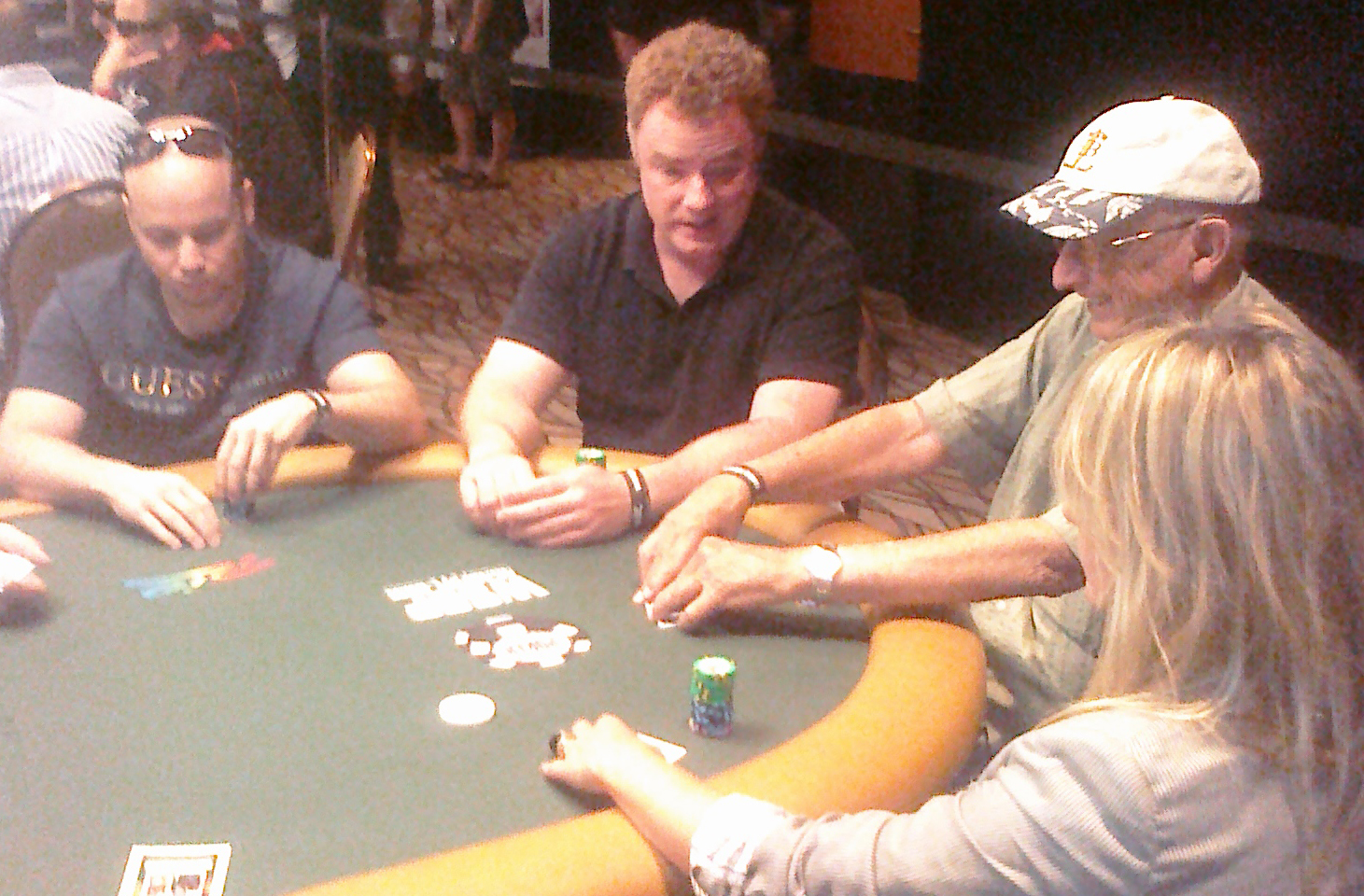 I did not do this willy-nilly.  I had my $1,000 cashier’s check sitting on my desk for about a month before I mailed it in with my registration form.  I know the value of money.  I know the feeling that being debt-free gives me.  I also know the lack of freedom I felt when I didn’t have money in the bank.  Eventually, I talked myself into playing because I had to spend my dough on something other than indestructible clothes.

I reminded myself, I had already made thousands of dollars doing things like this and saved thousands doing this when I had to fly on short notice to a couple funerals.

If you are so inclined, I encourage everyone to think outside the box a bit.  Do a few of these odd-ball ways to collect some free cash, squirrel away the dough, and treat yourself – guilt free!

Remember, it’s the little stuff that adds up – debt or savings.  What do you splurge on?

Here’s a copy of my trophy/check.  If you think I might be trying to Photoshop ya, here are the tournament results.

Is This a Smart Way to Pay Your Taxes?

Like many of you, I am self-employed.  It’s not that I don’t play well with others.  It’s because I like to throw company picnics on my bike.  Being self-employed, I

8 Ways to Get Free Jingle-Jangle