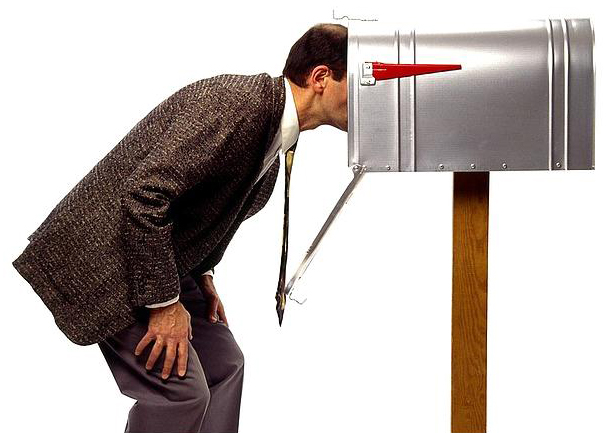 I have been a landlord for ten years, renting out three houses of varying sizes.  Most of the time, it is great – despite occasional displays of tenant immaturity.  I will tell you some stories.  I provide excellent housing that does not take up much of my time.  In return, they pay off the mortgage for me, and then some.

By making the properties the kind of places I’d live in, I attract respectful people.  All of my tenants have told me that I am the best landlord they have ever had.  If you want to offer a rundown, trashy place, you will attract rundown, trashy people.  Being a slumlord does not appeal to me.

My Time
In 2011, I spent about two hours a month on my landloriness duties.  That was the calm.  In fact, I started writing this post a couple months ago before someone flipped the time-suck switch to the ON position.  Suddenly, two of my houses were turning over.  For six weeks in July and August, I spent a total of 126 hours dealing with outgoing tenants, repairs, painting and getting in new tenants.  That’s an average of 21 hours a week.  It was a spike in my involvement at this side job, but it is still a part time gig.

When I say that I am a landlord, folks often say “I couldn’t do that.  I don’t want to deal with tenants and toilets.”  That always makes me wonder how often they change their toilets.  Landlords aren’t maids.  If something goes wrong with a toilet, have a plumber deal with it.  But they have a point about tenants.

Houses and apartments don’t annoy you – tenants do.  They can be a problem.  Sometimes you get ridiculous, tattling complaints to mommy and daddy landlord, like the one at the top of this post.  Most of my tenants have been great.  Even the ones who weren’t, were great most of the time.  I had to remind myself of that when they went off the rails.

Short Term & Furnished
For a while, I rented out a legal guest house short term and furnished to my own Kato Kaelin.  When I started, I was surprised to discover how many people were looking for short term furnished housing.  Search “corporate housing” and you will how profitable that can be.  That guest house can pay for a big chunk of your mortgage.

I’ve played Mr. Furley to a businessman, a cop, an attorney, a couple TV stars, a famous stand-up comic, a couple aspiring actresses, game show producers, and Singapore students who didn’t want to bother me while the dying battery on their smoke alarm was beeping all night.

Some Tenants Get It
Some know not to be a pest – although the Singapore guys should have said something before I noticed the beeping myself.  One tenant emailed me that the toilet handle broke and that the replacement ran him $10.  He fixed it himself, sent me pictures and asked if he could just deduct the sawbuck off next month’s rent.  “Yes, world’s greatest tenant.  Yes!”  His rent did not go up.

Other Tenants Don’t Get It
They think because I am nice that I am their buddy and financial safety net.  They think that I should share the burden of their hardships, not considering that I may a few of my own.   Late rent is my biggest pet peeve.  Tenants don’t think of it this way, but if they are late with rent, they force me, an acquaintance, to give them a personal loan until they come up with the rent.

I had one entitled idiot tell me that paying the late rent fee meant it was okay to be two weeks late with rent.  Yeah, that makes it okay to be late with rent, just like how paying a speeding ticket means you can drive as fast as you want.

He told me that my insistence on him paying the rent he owed me was the cause of his girlfriend wanting to break up with him.  Yeah, I’m probably at fault – not your insolvency.  Women love a man who cannot support himself.

The tenant later apologized to me for his displaced aggression toward me.  He said he had never acted that way before he moved in.  Then he reasoned that his actions must be caused by the house itself.  Yeah, it’s probably not you, it’s the stucco.  Or maybe the lath and plaster. Good to see he’s embracing personal responsibility.

One tenant saw things mere mortals didn’t see.  I figured he was off his meds or a superhero.  Who am I to say?  Once he sent an email with a note that someone was outside his window dressed up as an orange tree, shining a bright light in his window.  I looked at the photo he sent and realize the orange tree costume was uncanny because it WAS the orange tree.  That, coupled with the light being the flash from his cell phone reflecting off the window – I started to doubt my superhero theory.

My Suggestion To Landlords
Be businesslike.  Vet potential tenants.  Do background checks.  Get references.  Some people view kindness as an invitation to pester the heck out of you.  You aren’t buddies.  It’s best not to engage some people lest they think you are the one to blather to instead of their shrink.  I have received some amazing voice mails and emails.

My Tips For Renters
Don’t bug the landlord with piddley things you can do yourself – like changing a light bulb.  Yes, that actually happened.  The less annoying you are to a landlord the more likely your rent will stay put.  If there is something that needs repair that you cannot easily fix properly, call the landlord.  If something small needs fixing someday, wait until you have a few of them so a handyman can knock them out with one trip.  If there is something wrong with the building, the pipes or the gas and electric coming in – give the landlord a call.  If you are being haunted by tree people – call the police (or your doctor).  If you can’t come up with rent – call your family or friends.

Landlord Extraordinaire
Here is a clip from a 2001 sitcom called For Your Love in which I play Mr. Arledge the Landlord.  Who says overalls aren’t flattering?

A good friend of mine passed away suddenly last week (see video below). Just like when I flew to see my dying dad, I needed a plane ticket asap. Instead of

Is Homeownership a Good Deal?

Homeownership has a good PR department.  2-in-3 householders in the United States own their own homes.  In 1900, less than half owned their homes.  It is sold as “The American